Hi there!
Jean Paul Gautlier – French Haute Couture fashion designer
and the creative director of Hermes from 2003 to 2010 –
was appointed creative director for Diet Coke – Europe,
he designed a limited edition cans and bottles.
“The bottles have the shape of a woman’s body, so it was great fun to ‘dress’ them,” he said.
“The finishing touch was to apply my logo to the bottle, like applying a fragile stamp –
making it something special you want to touch.” 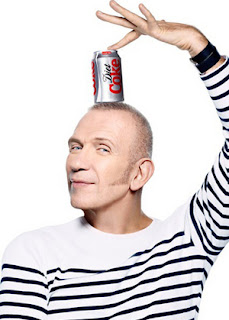